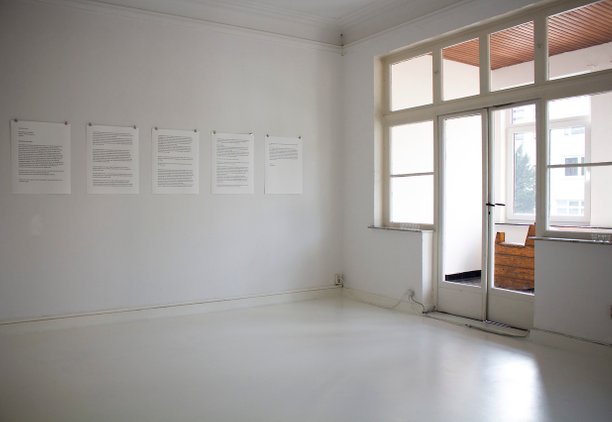 A series of letters which will not go to whom may concern. The notes will be exposed in some different formats such as text installation, video or sound.

I do like to write letters because it has some clear roles which make the author release his/her thoughts explicitly. It is not about telling a story, instead of talking upon a story. This type of letter writing is somehow more about communicating. Writing down all stuff in need to be talking. Although the author knows what he/she wants, it doesn't matter if it is a formal letter, informal letter or a letter to a friend. Letter writing giving some awareness about the matter or discovering the issue while writing. And also, a message might receive a reply.